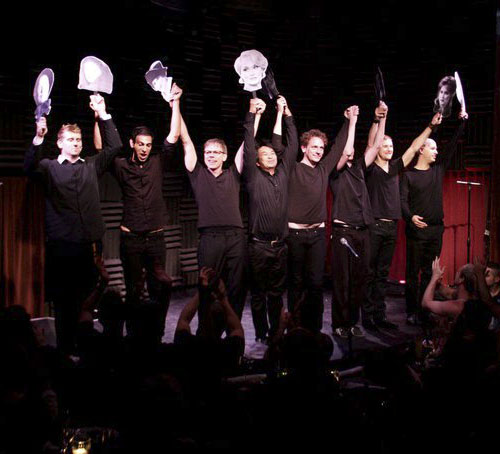 Streep Tease is the brainchild of actor comedian Roy Cruz. After impersonating the Miranda Priestley character in The Devil Wears Prada, a fellow comedian suggested that he do an entire show impersonating Meryl Streep. Then he thought, why not make it an all-male cast doing their own interpretation of their favorite Meryl Streep character? Thus Streep Tease was born. There’s only one Meryl, we can never be Meryl but in one show we can give you a tease on what it’s like to be a Meryl Streep Character.

After the successful run in Los Angeles in 2009 to 2011, Streep Tease when on to play at the prestigious Joe’s Pub of the New York Public theater. It ran again in 2012 at the Hollywood Fringe Festival. All shows were sold out. The show received rave reviews from The Los Angeles Times, L.A. Weekly, Frontier’s Magazine, and was the front page feature of the Arts Section of the Los Angeles Times. It was also featured twice in the Daily Variety, The Advocate, The Daily Beast, Broadway World.com, Playbill.com. It also was featured in KNBC News.